I’m a bit sore from being at the gym tonight and so it inspired me to look up some old workout videos from the 1980s. Like this one for instance….

I’m sure there are still loads of these kinds of workouts that you can get on DVD, or even if you wanted to look on YouTube like I did, there’s tonnes of them all full length!

It brings back so many memories though that old video. Waking up early on a Saturday morning to watch cartoons, only to find that Mum has hijacked the TV to do her Jane Fonda workout. Not to mention the workout clothes from the 80s! Wowser, high waisted undies over the top of tights, no thank you. Mind you I say that, but then what I wear for pole dancing isn’t much different lol.

The outfits were as colourful then as they can be now, which I personally find the be a good thing. I mean, sometimes when I’m feeling a bit gross anyway because I’m sweating so much, but there’s something about wearing pretty clothes – pretty clothes that you’re meant to get sweat soaked! – that makes a workout a bit easier to do.

Out of curiosity I decided to Google a few pictures to see how gym fashion has changed since the 1980s, and here are some pictures: 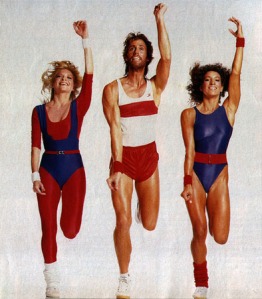 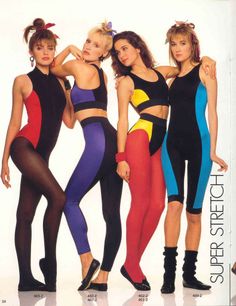 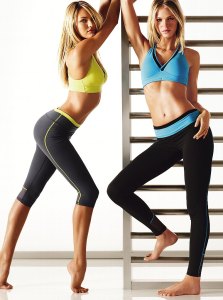 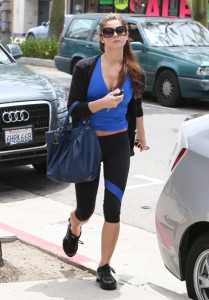