The second day of my holiday was pretty jam packed and included a lot of driving. Because everything is so spread out on Kangaroo Island, this is kind of unavoidable but is definitely worth the trip! You can do bus charters and such if you don’t want to drive but the cost of those is quite expensive so I would choose driving my own car over doing that.

The first stop for the day was at Seal Bay Conservation Park, we opted to do the guided tour down onto the beach as well as go up on the boardwalk. The type of seals they get down on the beach are Australian Sea Lions, they call it home and like to breed there and will actually come up to about 1km inland to use the shelter of the scrub when it’s cold and rainy, which is pretty unusual. 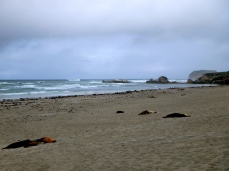 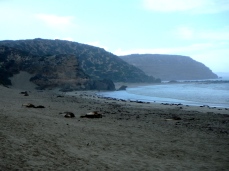 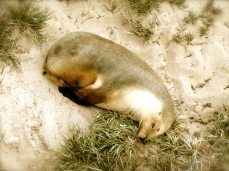 While we were on the beach it started pouring down with rain and we got completely saturated. It didn’t feel like a heavy rain but there was lots of it! Fortunately it wasn’t too cold but it wasn’t pleasant being all wet!

The boardwalk was a nice walk as well, there were some amazing views, plus a skeleton of a humpback whale just chilling on the beach. It was basically like playing a game of spot the Sea Lion because they were hidden all over in cracks and crevices and in the sand dunes which was pretty cool.

We packed lunch with us so we had a bite to eat in between the Sea Lions and the next stop which was Raptor Domain. Oh yes, lots and lots of raptors. We got there in time to see the last half hour of the Raptor show, and there were a few cool birds there, hawks, eagles and even a couple of cute little kookaburras which made me want to cuddle them and take them home! 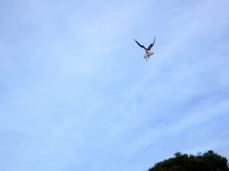 We also sat in on the “Fang-tastic” show which is one where you get to have a cuddle with all the animals, even the snakes… just not the baby crocodile because you’d probably end up missing a finger! That was really cool but man it did not make me want to have children. So many parents were just letting their kids run around, trying to grab snakes off each other, rather than sitting patiently in their chairs and waiting their turn for a hold. Ugh, honestly people teach your kids some manners! Anyway, despite all that I did still manage to get a cuddle with all the animals which was cool.

Kelly Hill Caves was the next stop. Caves are pretty cool, if you’ve never been inside a cave before that has stalactites and stalagmites then I’d definitely recommend giving it a go just for the experience. We had done a trip last year to Mount Gambier and trekked around all the caves up there so Kelly Hill Caves were just a reminder of some of those caves and to be honest once you’ve seen a cave like that they all start to look the same anyway. But it was still a nice place to park up and have a nosey around. 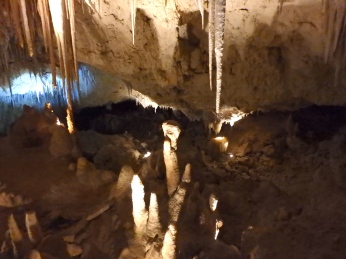 After that we stopped back in at the holiday house to have a bit of a rest and then headed out for dinner at one of the local pubs which was a nice way to end the day.

Today is my last day of work for about a week, and I’m excited to be getting some time off to have a short getaway with my partner and then have some time to myself as well.

Things with my partner have been strained recently, and we had a counselling session earlier in the week which was actually really good and eased some of the tension. It also gave us a focus point for our little holiday. I’d been feeling a bit dubious and tense about the whole thing, but now that we’ve been instructed that the focus of the holiday is our friendship, I feel a lot better. Despite everything that might have been going on, we always had a good friendship, could always have a good joke and even talk about random things like how black holes work.

Anyway, we are headed off to Kangaroo Island tomorrow morning, and managed to get a holiday house for the stay, so I’m looking forward to the peace and quiet that will provide. A couple of nights ago we wrote down a bit of an itinerary of what to see and do while we’re there. I’m really looking forward to seeing Remarkable Rocks and Seal Bay, I reckon they might be my highlights!

Apparently phone reception over there for my provider is pretty poor, so it’s entirely likely I won’t be doing any blogging until next week some time thanks to that.

I hope you all have a wonderful Easter break!